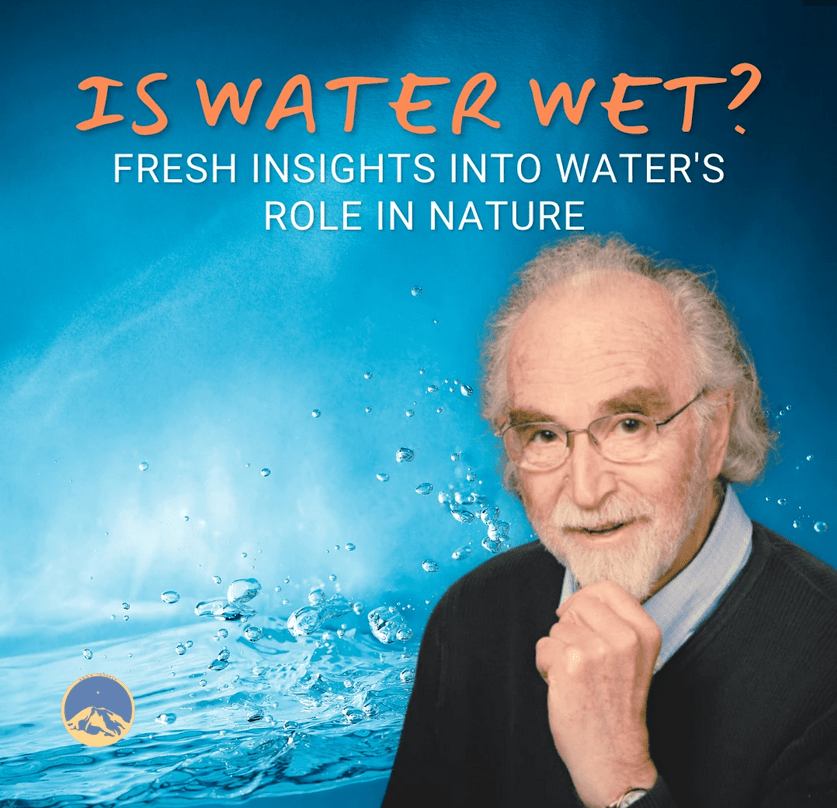 School children learn that water has three phases: solid, liquid and vapor. But Gerald Pollack and colleagues recently uncovered a fourth phase. This fourth phase is charged; and, the water just beyond is oppositely charged, creating a battery that can produce current. Light charges this battery.

This energy-conversion framework is rich with implication. The lecture will consider the potentially implications of this phase for physics, chemistry and biology, as well as practical applications for health.

Pollack was named One of the World’s 100 Most Inspiring People (OOOM Magazine, 2019). He received the Emoto Inaugural Peace Prize, and is Professor of Bioengineering at the University of Washington.

Take-Aways from the event:

Gerald Pollack received his Ph.D. in biomedical engineering from the University of Pennsylvania in 1968. He then joined the University of Washington faculty and is now a professor of Bioengineering. He is also Founding Editor-in-Chief of the journal, WATER, convener of the Annual Conference on the Physics, Chemistry, and Biology of Water, and Executive Director of the Institute for Venture Science.

His interests have ranged broadly, from biological motion and cell biology to the interaction of biological surfaces with aqueous solutions. His 1990 book, Muscles, and Molecules: Uncovering the Principles of Biological Motion, won an “Excellence Award” from the Society for Technical Communication.

His 2001 book, Cells, Gels and the Engines of Life, and his newest book, The Fourth Phase of Water: Beyond Solid, Liquid, and Vapor won that Society’s “Distinguished Award,” their highest distinction. The latter book went on to receive the World Summit Excellence Award.

Pollack received an honorary doctorate in 2002 from Ural State University in Ekaterinburg, Russia, and was more recently named an Honorary Professor of the Russian Academy of Sciences, and a foreign member and Academician of the Srpska Academy. He received the Biomedical Engineering Society’s Distinguished Lecturer Award in 2002. In 2008, his colleagues chose him as the recipient of his university’s highest annual distinction: the UW Faculty Lecturer Award.

Pollack is a Founding Fellow of the American Institute of Medical and Biological Engineering and a Fellow of both the American Heart Association and the Biomedical Engineering Society. He received an NIH Director’s Transformative R01 Award. He was the 2012 recipient of the Prigogine Medal for thermodynamics of dissipative systems, and in 2014 he received the Scientific Excellence Award from the World Academy of Neural Therapy, as well as the Dinsdale Prize from the Society for Scientific Exploration. He has presented two TEDx talks on water.

In 2015, he won the BrandLaureate Award, previously bestowed on notables such as Nelson Mandela, Hillary Clinton, and Steve Jobs. In 2016 he was awarded the Emoto Inaugural Peace Prize, and more recently the Lifetime Achievement Award from the Chappell Natural Philosophy Society. He appears briefly in the 2016 Travis Rice sports-action film, The Fourth Phase, named after his recent book. And, he is included in the 2019 listing, OOOM Magazine, as one of the “World’s 100 Most Inspiring People.” Finally, in early 2020, he presented his work at the “Majlis” by invitation from the Crown Prince of Abu Dhabi, at his Royal Palace.